Rant: Will Our Banished "Elf On The Shelf" Redeem Himself in Time for Christmas? He Better!

Late last night I took our Elf On The Shelf and stuffed him into the back corner of a drawer in the kitchen instead of allowing him his usual magical trip back and forth to the North Pole.

“I feel so used!” I could hear him sob as his face hit the corner and little legs folded in beside him.

Used is right. That’s the point, isn’t it?

He’s supposed to keep track of and curb the kids’ behavior with the tremendous threat of reporting back to Santa each night. However, this year, my kids had become complacent as Elf OTS wasn’t living up to his rep as “child behavior modification magic wand” like the packaging had promised. I was having to actually parent and manage naughty holiday behavior. I have no time for this! Am I right, moms and dads???

And so it was time to teach the kiddos a lesson and put a little fire under Elf OTS’s fuzzy little patoot…..

So Elf didn’t show up in this morning like he usually does. The kids searched and looked and peeked and poked and groaned. Luckily, they weren’t listening hard enough to hear his muffled cries from his banished spot in the junk drawer.

What the kids DID find was my hairy-mommy-eyeball looking down on them instead: “Yep, he didn’t come home from Santa’s due to hideous crimes committed during bedtime last night. Flying toothpaste. Illegal room entry. Incessant, grating squabbling! He’s probably STILL talking to Santa right now about how awful you guys were last night!” Grrrrr.

Thirty years from now I may pay for this. Literally. As what little inheritance my kids do get from me will likely go straight to their extraordinarily well-paid therapist – however, desperate holiday times call for desperate holiday measures.

Elf OTS, if you can hear me in there… man up. Elf up. Whatever. Blink those eyes for once and scare the crap out of my kids. Make an entrance. Show your stuff. Fly around and wreck a few things. Channel a little Leprechaun and modify the behavior of my naughty children! ‘Cause if not, chances are you’ll be the favorite chewy-toy, stocking stuffer of Fido/Spot/Rufus next holiday season. 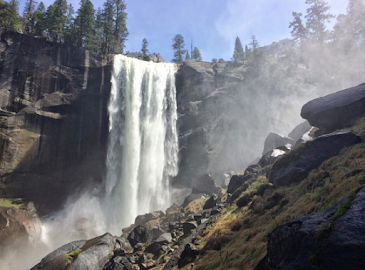